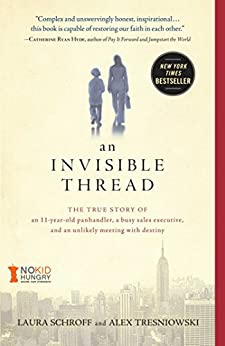 Ready to learn the most important takeaways from An Invisible Thread in less than two minutes? Keep reading!

An Invisible Thread explains the story of Laura and Maurice, a couple who was destined to meet, linked by an invisible string that led them to one another.