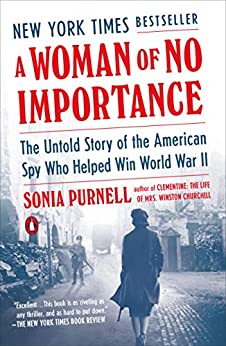 Ready to learn the most important takeaways from A Woman of No Importance in less than two minutes? Keep reading!

A Woman of No Importance discusses how a female spy in the days of Nazi Germany effectively did her job and avoided the Gestapo.