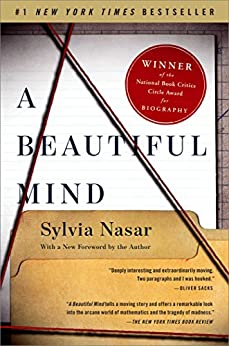 Ready to learn the most important takeaways from A Beautiful Mind in less than two minutes? Keep reading!

A Beautiful Mind accounts John Forbes Nash Jr.s’ wins and struggles throughout his journey of becoming a renowned genius and Nobel Prize-winning mathematicia