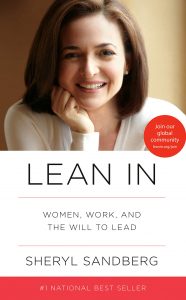 Ready to learn the most important takeaways from Lean In in less than two minutes? Keep reading!

Sheryl Sandberg’s international bestseller shines a light on the gender inequality that still exists and shows women how to address it and move past it to achieve their ambitions.