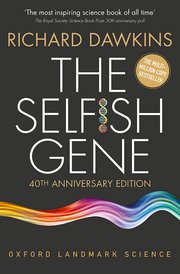 Ready to learn the most important takeaways from The Selfish Gene in less than two minutes? Keep reading!

In this 40-year-old classic, author and professor Richard Dawkins presents a fascinating evolutionary perspective on how genes drive critical aspects of an organism’s behavior.