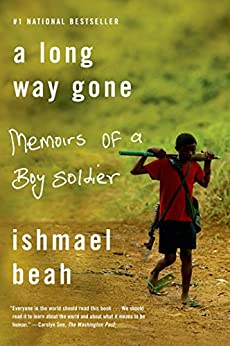 Ready to learn the most important takeaways from A Long Way Gone in less than two minutes? Keep reading!

A Long Way Gone tells the story of the children of Sierra Leone amidst the civil war in the African country once focused on peace. The young boys of Sierra Leone are the focus of this story, for many were turned from young boys playing with their friends to brainwashed killing machines.